While Lafayette Consolidated Government has completed several renovations to the nearly 50-year-old courthouse over the last several years, voters finally determined a full renovation was necessary. Bulliard Construction won the bid in 2013 and has been working on renovating elevators, updating the building for today’s use, and making all floors accessible.

Elevator renovations started with floors one and two on the Buchanan side of the building. Bulliard redid equipment interiors and installed electronic bulletin boards in the lobby. The second phase of the job included floors six and seven and entailed removing the ceiling on the sixth floor, along with asbestos abatement. Bulliard changed all of the light fixtures and walls on the sixth floor and cleaned and waxed the floors to make them look brand new.

The seventh floor contained the old jailhouse from the 1960s, so the company had to go in and demolish all of the old jail cells so that they could be converted to office space. Asbestos abatement was needed there too and the floor was redone with concrete topping.

Phase three included elevators on floors three, four, and five. Previously, elevators three and four went up to the sixth floor, and then a key was needed to go to the seventh floor. Bulliard retrofitted these elevators to travel from floors 1-7. Historically, elevator five was used to bring prisoners from the jailhouse to the courtroom and only traveled from floors 7-5. That elevator was enlarged and redone and a penthouse was added on top of the existing one.

For the penthouse project, Bulliard had to scaffold 120 feet off the ground on three sides of the building and drop two cables down to the ground. The company rented a construction elevator to work on elevators six and seven and used a swing stage for elevator five, which now travels all the way up to the roof.

This enabled the clerk’s office to move to the seventh floor from floors one and two. The district attorney’s office also moved out of the building to make way for work on the sixth floor. 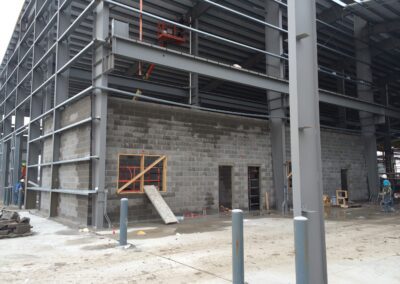 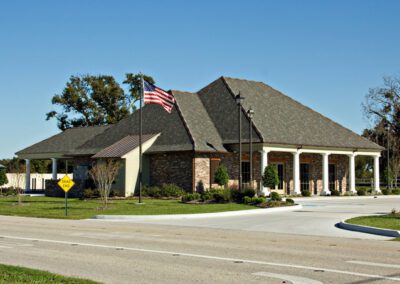 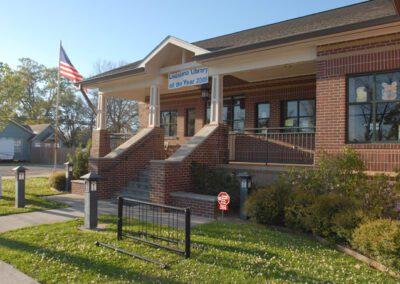